I contemplated back and forth on whether I should address what is currently happening on the news or I should turn the other cheek. I eventually decided for it. I started this blog with a soul purpose in mind, to help show people or who knows maybe one day the whole world the truth. There are a lot of discrepancies occurring in today’s world. It is unfortunate to know that we cannot trust the word of our governments’, media and societies to portray the truth. Alas, the truth is getting more and more difficult to come by. So, I wanted to put in time to research the truth and help my fellowman discern the truth from the lies we are fed.

Well, I guess this is a topic that needs no prolonged introduction, so I think I should just delve into it. Religions in general have always been under attack from those select people that do not see room for them in our society. Through history we can see that Christianity was attacked based on the ideology that some people hold that there is no room for science in religion and so on. However, I am not going to talk about what has happened in the past. I am going to speak of occurrences happening now.

Islam is now portrayed and believed by many to be an extremist religion. Hype words have been manipulated to sound almost dirty, frightening and have been tied strictly to Islam. Words including, terrorism, jihad, oppression…etc. The aim is to explain these three terms.

Terrorism is a term that seems to be used both objectively and subjectively simultaneously to benefit some situations and to blur the truth in others. Let’s take a look at what is happening around the world today. Is the persecution of the Muslims of Burma validated? The burning of live humans, is that not violence? How about the Muslims in Gaza, is it excused that they were under blockade for seven years? Is it fair that an oppressive “president” is allowed to attack the citizens of his own country for four years (Syria)? Why aren’t these incidents referred to at terrorist attacks? Is it simply because the Muslim are the victims and not the oppressors in the aforementioned examples? Are Muslims not human? Is their blood not worthy enough to count for anything? It doesn’t matter what they believe in they are people like you and me.

Let’s move on. Jihad, jihad is a word that is not exactly simplistic. Yes, Allah does require Muslims to perform jihad, but its not what the international community paints it out to mean. There are forms of jihad, there is self-jihad which means going against sinful desires whether it be against the devil or against oneself. If a person spent his/her leisure gambling and on day decided against it on the days that that person experiences turmoil with the desire to return and the abstaining for Allah that is self-jihad. Jihad can come in the form of giving charity to those that are oppressed by their governments. And finally, yes jihad can be used to refer to defending one’s religion. Furthermore, jihad in combat has many limits; from its beginning to  the end, legitimacy matters. Jihad in the reference to combat is only performed with the authority to do so, whether from the leader of a nation or a leader of an oppressed majority. Basically meaning that there needs to be an established governance. However, where does the world get off accusing only Islam of that practice.

What about Judaism, what does its scriptures preach?
Deuteronomy 20:16
However, in the cities of the nations the Lord your God is giving you as an inheritance, do not leave alive anything that breathes

Thus saith the LORD of hosts, I remember that which Amalek did to Israel, how he laid wait for him in the way, when he came up from Egypt.
Now go and smite Amalek, and utterly destroy all that they have, and spare them not; but slay both man and woman, infant and suckling, ox and sheep, camel and ass.
And Saul gathered the people together, and numbered them in Telaim, two hundred thousand footmen, and ten thousand men of Judah.

Numbers 25
17 “Treat the Midianites as enemies and kill them,
18 because they treated you as enemies when they deceived you in the affair of Peor and their sister Cozbi, the daughter of a Midianite leader, the woman who was killed when the plague came as a result of Peor.”

Now Christians might argue that they do not follow Mosaic Law. However, the first coming of Jesus didn’t set grounds for what kind of contact a nation should make with another nation. A nation based on this coming would not have a military strength, a judge following this teaching would have to let people off for offenses under the ideology of forgiveness; this would be unjust, a nation couldn’t defend its people and no people would have justice. The law from Moses should fill in these gaps because Jesus was supposed to amend what was wrong, not remove and set a whole new law. So, what about the second coming? The events of the Second Coming of Christ are found in the Bible, including the Book of Revelation–which is the last book in the New Testament.

13 He wore a robe dyed[a] with blood, and his name was called the Word of God. 14 Heaven’s armies, wearing fine linen that was white and pure, were following him on white horses. 15 From his mouth comes a sharp sword that he will use to strike down the nations. He is the one who will rule them with an iron rod. And he is the one who will trample the winepress of the Almighty God’s passionate anger. 16 He has a name written on his robe and on his thigh: King of kings and Lord of lords.

The rider then went on to ask the nearby birds to take part:

The rider (Jesus) will go fight a war in the name of God against the disbelievers; Waring with a weapon that comes from his mouth and a large army to strike down all that oppose, nations upon nations, and with such a strict rule as, ” with an iron rod.” He will win this war so easily that birds will have been invited to eat the dead carcasses of those who will have fought him, from kings to slaves, “both small and great.” Thus, none that opposed him will be left alive, no mercy. This is such a stark contrast to the first coming of Jesus with the preaching of turning the other cheek.

The idea that there are people alive in this world that pick and choose the verses that suit their desires is a disturbing thought in itself. When God sends a book, when we hold faith in the book we follow and believe it is the word of God, how does it make sense that we follow and live by certain verses and not by others. Are we really questioning God Almighty’s knowledge of the world, humanity and the future, that we argue that some verses are too outdated for this day and time? How can they be outdated and be the word of the All-knowing, Creator of the heavens and the earth, how can He not know that certain verses would not be suitable for the 21st century or whatever century humanity continues to exist in? If these scriptures are indeed sent from the Lord above then how can they not stand the test of time? If we argue that they simply don’t suit our day and age then we are claiming that these books were written by a lesser being than God. 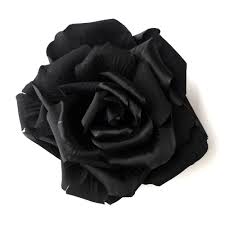 Death is a curious phenomenon. Death is a reality mankind has known from the beginning of time. We observe it in everything that surrounds us; from the flowers that wither and die in winter, to those bloody feathers we have seen dispersed on a sidewalk. Death is a reality we cannot ignore or disbelieve in. From everything we watch die around us there is the death of one that stands out, stings more than the rest; that is the death of a fellow human. Some Christians nowadays believe that if a person is “good” (whatever that means) and believes in Jesus then the heavens above will open their doors to him/her. The world around us was not created for our pleasure, the heavens on the other hand were. The world was created to test mankind, to separate those that are worthy of God’s greatest gift and those that will rot in the pitfalls of the fires of hell. Unfortunately in today’s world there are so many people from all three Abrahamic religions that have twisted and turned the words of their books. There are Muslims that think they are better than everyone else simply because they believe and testify that there is only one God. There are Christians that ignore important verses of their book, verses that forbid drinking, premarital sex, tattoos, pork, etc.

1. “Therefore, brothers, by the mercies of God, I urge you to present your bodies as a living sacrifice, holy and pleasing to God; this is your spiritual worship. Do not be conformed to this age, but be transformed by the renewing of your mind, so that you may discern what is the good, pleasing, and perfect will of God” (Romans 12:1-2)

2. [Jesus] said, “It is what comes out of a person that defiles. For it is from within, from the human heart, that evil intentions come: fornication, theft, murder, adultery, avarice, wickedness, deceit, licentiousness, envy, slander, pride, folly. All these evil things come from within, and they defile a person.” (NRSV, Mark 7:20-23)

3.“Do not cut your bodies for the dead or put tattoo marks on yourselves. I am the Lord.” – Leviticus 19:28

4. “And the pig, though it has a divided hoof, does not chew the cud; it is unclean for you. You must not eat their meat or touch their carcasses; they are unclean for you.” – Leviticus 11:7-8

There are Jews that still hold on firmly to the ideology that they are the “chosen ones” and that simply being a Jew will earn them a guaranteed a place in paradise.
1. Deuteronomy 14:2,
“For you are a holy people to YHWH your God, and God has chosen you to be his treasured people from all the nations that are on the face of the earth.”

2. The Torah also says,
“Now therefore, if you will obey my voice indeed, and keep my covenant, then you shall be a peculiar treasure unto me from all the peoples, for all the earth is mine” (Exodus 19:5)

To the people of all three faiths I say, God has created mankind to worship Him. Love for Jesus or the mere belief in a verse will definitely not guarantee you a place in heaven. If you want to a place you have to earn it through strictly following God’s doctrine and to not ever pick and choose what suits your desires; to not just pray, but worship Him and hold a belief in his prophets.

Pray for the dead, they need it!
Till we meet again,
S