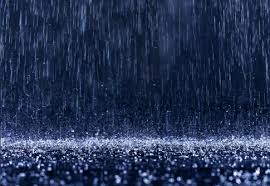 Astronomy has been known as a an Arab forte as they were the first to excel in that specific domain. So, regardless of whether one believes that the Qu’ran said it first and it was the soul book that educated them on astronomy, the Qur’an served to educate humanity on so much more. Now, its time to venture into the knowledge of physics the Qur’an supplied humankind with.

Democritus, a man of Greek origin was the first to propose the theory of atomism, assuming that the atom was the smallest unit of matter. Nevertheless, we now know better, as modern science has taught us that an atom can be split and within it, protons, electrons and neutrons can be located. The Arabs held the belief in the same theory “Dharrah” being the Arabic word for atom. Nonetheless, the Qur’an came along and challenged this notion “But those who disbelieve say, “The Hour will not come to us.” Say, “Yes, by my Lord, it will surely come to you. [Allah is] the Knower of the unseen.” Now absent from Him is an atom’s weight within the heavens or within the earth or [what is] smaller than that or greater, except that it is in a clear register-” This verse conveys that Allah knows the seen and unseen and He does not miss anything whether it be as minuscule as the weight of an atom or even smaller or bigger, whether it be on land or the heavens above.

What about an entirely different study, geography what does the Qur’an teach about geography? Let’s begin with the water cycle, Bernard Palissy (1580) was the first narrate the process of the water cycle. Within the narration he reported the amount that evaporates from the oceans and the amount that cools down to form clouds. He described how the clouds move towards the land where they rise, condense and release precipitation. Further, the water gathers in lakes and streams and eventually pours back into the sea. Another wonder people speculated and hypothesized about was the underground water. Aristotle theorized that water condensed within cool mountain caverns and later formed underground lakes that pooled into springs. Now, it is known that water seeps into the ground through cracks on its surface. Now, lets look to see what the Qur’an said “Do you not see that Allah sends down rain from the sky and makes it flow as springs [and rivers] in the earth; then He produces thereby crops of varying colours; then they dry and you see them turned yellow; then He makes them [scattered] debris, Indeed in that is a reminder for those of understanding.” (Al-Quran: 39:21) How about this verse “And of His signs is [that] He shows you the lightening [causing] fear and aspiration and He sends down rain from the sky by which He brings to life the earth after its lifelessness. Indeed in that are signs for a people who use reason.” (30:24)
And, this “And We have sent down rain from the sky in a measured amount and settled it in the earth. And indeed, We are able to take it away.”  (23:18)

So, my personal vote is Aristotle is but a simple mortal, at liberty of error just as much as the rest of us. What’s yours?
Always,
S