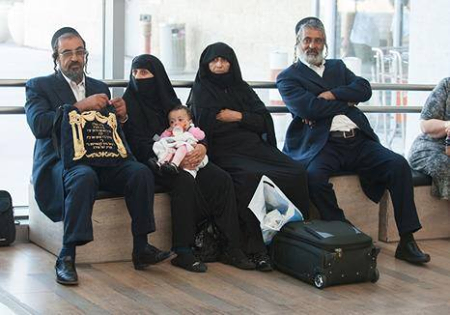 Judaism is not regarded as a mere philosophical religion, as those that practice it allow it to infiltrate into many aspects of life including; how to start out the day, dietary restrictions, what clothes are permissible, how to celebrate religious holidays, who to marry, their relationship with God, other people and animals, etc. The details on how to conduct all of the above is brought forth to the people through the Jewish law, halakhah. Through the halakhah a woman’s position in society is explained. Women under this are seen as equal to men, but differ in responsibilities and roles. Traditionally women are seen as having a greater “binah” (intelligence, understanding, intuition) than men. Rabbis have based this off Bereshit Genesis chapter 2:22 “And the LORD God built the side that He had taken from man into a woman, and He brought her to man.” The term utilized to support that argument is the use of the word “built”, that a woman was “built” and not formed unlike the man (Bereshit Genesis 2:7 “And the Lord God formed man of dust from the ground, and He breathed into his nostrils the soul of life, and man became a living soul.” However, I personally do not find that convincing as there are many interpretations, translations and many versions. I have found an abundance of alternatives used from “formed”, to “made”, to “fashioned”, “taken out of man into a woman”, etc… But then again how reliable are translations.

It has been said that the matriarchs (Sarah, Rebecca, Rachel and Leah) were held in higher regard than their counters the patriarchs (Abraham, Isaac and Rosh Chodesh). Then there is Miriam, Aaron and Moses’s sister she is seen as a prophetess, and all three siblings as the saviors of the Children of Israel. The Talmud and Rashi incorporate fifty-five prophets and of them seven are female. The fifth commandment of the ten commandments is “honour your father and your mother..” All of the above does suggest that females are highly regarded and respected in the Jewish religion.

Historically, there have been many educated Jewish women. The Talmud and various rabbinical writings mention Rabbi Meir’s wife, rebbetzin Berurya. It is stated that she and others were consulted on marital issues, menstruation, and dietary laws (kashrut).

Today’s Western, modern world suggests that the Muslim female veil is a sign of oppression imposed upon women of that background by the oppressive domineering patriarchal society. But, the question is, is the female veil only a custom of Islam? This article just as the one published a few days ago is about women in Judaism and through my research I stumbled upon the following verse.
Mishnah Ketubot 7:6 “The following women are divorced, and do not receive [the amount of] their ketubah: One who violates Mosaic Law or Jewish custom. What constitutes [a violation of] Mosaic Law? If she feed him untithed [food] if she engages in intercourse with him while she was a niddah [a female who has menstrual discharges which render her impure]; if she does not set apart challah [a portion of a batch of bread dough given to a kohen which becomes holy upon separation, and can only be consumed by kohanim or their household]: and if she makes vows, but does not fulfil [them]. What constitutes [a violation of] Jewish custom? [If] she goes out [in public] with her hair uncovered; [if] she spins [thread] in the market, and converses [flirtatiously] with any man. Abba Saul says, “Also one who curses his children in his presence.” Rabbi Tarfon says, “[Also] a noisy woman.” What constitutes a noisy woman? One who speaks in her own house [so loudly] that her neighbors can hear her voice.”

Numbers 5:18 describes the unveiling and unbraiding of a woman’s hair as a humiliation as the priest would only do so when said woman was accused of adultery. “The cohen will place the woman before ADONAI, unbind the woman’s hair and put the grain offering of remembering in her hands, the grain offering for jealousy; while the cohen has in his hand the water of embitterment and cursing.”

I think that concludes this article for now, I can tell you that this new angle has intrigued me so. I will be publishing again soon.

One thought on “Women’s Rights in Judaism”